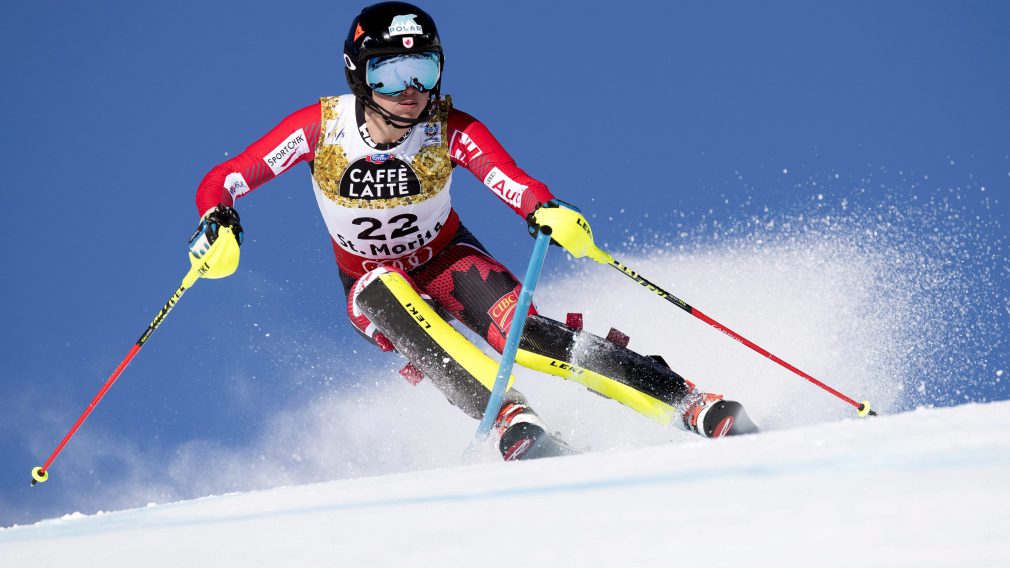 Erin Mielzynski achieved a historic breakthrough on March 4, 2012 when she won a World Cup slalom race in Ofterschwang, Germany. She thus became the first Canadian since Betsy Clifford in 1971 to win a World Cup slalom event. In 5 th  place after the first run, Erin began her second run after the great skiers, including Austria’s Marlies Schild and Germany’s Maria Riesch. When she took the lead after her second run, she had to wait until the end of the last four skiers’ descent to clinch the victory.

Erin debuted in the World Cup in November 2009. Before getting on the top step of the podium, his previous best result in the World Cup was a 13 th spot. Since this victory and as of January 2018, she has placed 12 times in the top ten, and she won a bronze medal in slalom in Zagreb on January 4, 2013. After making her Olympic debut by taking the 20 th  rank in Vancouver 2010, Erin participated in her first FIS world Championships in 2011. she finished 16 th in slalom but had the fastest time of the second run of almost a second.

After her second Olympics in Sochi 2014, Erin had excellent results at the 2015 World Championships where she was captain of the Canadian team that won the silver medal in the team event. She also achieved her best career result there: a 6 th place in the slalom.

At PyeongChang 2018, Erin Mielzynski finished 11 th  in the slalom event, advancing to the round of 16 in the mixed team event.

Getting Started: Erin Mielzynski previously competed in water skiing and won a silver medal in aerials at the 2006 World Junior Championships before focusing on alpine skiing. She begged the lift operators at Georgian Peaks to let her make one last descent when it closed. Beyond alpine skiing:She enjoys reading, cooking, and do-it-yourself projects (metal jewelry stamping, natural cosmetics, painting), just as she enjoys surfing, paddleboarding and camping, and she enjoys adventures. exterior. She is trying to learn to play the guitar. She would like to become an animal veterinarian or physiotherapist after the competition. She is nicknamed ER (as her father called her when she was little) and Air. She admired Hermann Maier for his perseverance after serious injuries sustained in skiing and motorcycle accidents. Her favorite Olympic memory is hugging her family at the finish line after the course inspection in Vancouver 2010. She says Joannie Rochette’s performance in Vancouver after her mother passed away, was one of the bravest moments she has witnessed in the world of sport. She always wears a collar with “Believe” written on it when competing. In 9n year, she drew a picture of her competing at the 2010 Winter Games. Favorite motto: « Progress, not perfection ».