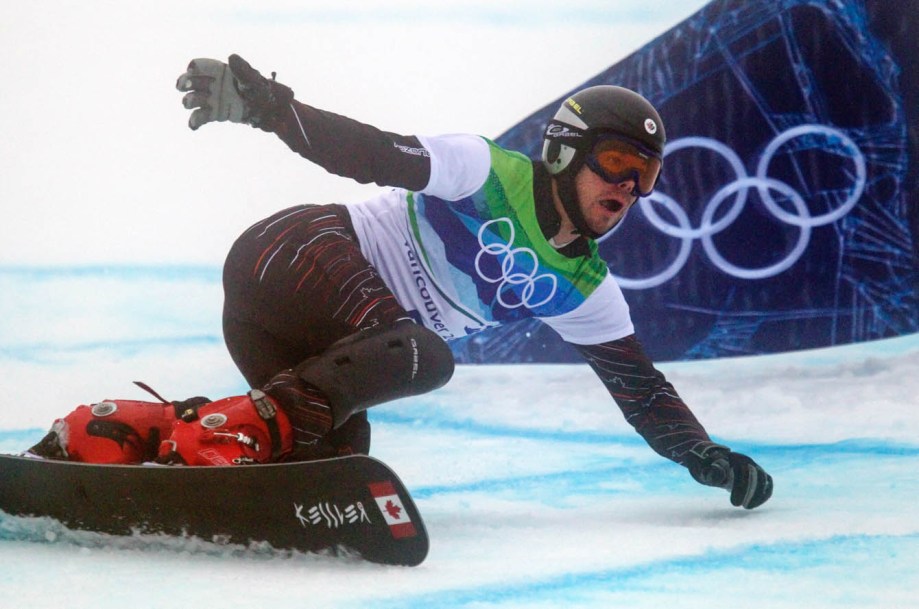 Jasey-Jay Anderson rewrote history at PyeongChang 2018 by becoming the first Canadian athlete to compete in six Olympic Winter Games. The most defining moment of his career dates back to Vancouver 2010 when he won the long-awaited gold medal in what was to be his last Olympic competition. In the Grand Final, he lost the first descent and therefore found himself facing a gap of 0.76 seconds to overcome on the second descent. Barely visible in the mist and rain, Jasey-Jay caught up and won the gold medal, the second to be won by Canada in 10 minutes.

Jasey-Jay had long been one of the most successful snowboard athletes in the world, thanks in part to his numerous medals won in the World Championships. Despite this, he had until then been unable to reach the Olympic podium.

When snowboarding made its Olympic debut in Nagano 1998, it was leading after the first giant slalom downhill. But the fog and thick clouds gradually invaded the course at the expense of almost all competitors, who Jasey-Jay, he finished 16 th rank. In the 2000-2001 season, he won his first of four Crystal Globes as the overall World Cup champion. He also won his first of four World Championships, this time in giant slalom. But despite his second Crystal Globe the following season, Jasey-Jay had even more disappointing Olympic moments in Salt Lake City 2002, where he failed to advance to the parallel giant slalom playoffs. Although he seriously considered retiring, he nevertheless decided to continue. Over the next two seasons, he won two more Crystal Globes.

At the 2005 World Championships, he won the gold medal in the parallel giant slalom and then in the parallel slalom competition, which was not part of the Olympic program at the time. In the run-up to Turin 2006, Jasey-Jay had more success in snowboard cross. At its third Olympic presence, he finished in 5 th place of a snowboard cross racing so to be among the top 10 competitors overall. But, his misadventures in alpine sports continued: he placed 20 th rank of the parallel giant slalom event. Despite being the “oldest competitor” on the circuit, Jasey-Jay continued to shine in the standings. At the 2009 World Championships, he won his second career title in the parallel giant slalom. After winning an Olympic gold medal, he quit competition. Being the kind of person who valued the technologies used to refine snowboards, he decided to make his own boards.

In December 2011, he returned to World Cup competition to test his product and, at the same time, to perpetuate his passion for the sport. At the World Championships in 2017, he demonstrated that he was still one of the best in the world with his 7 th  place in the parallel giant slalom, the top Canadian alpine snowboard.

Getting into the Sport: Got his first snowboard as a Christmas present at the age of 13. When he was 6 years old, his mother, then a ski instructor, introduced him to skiing; but he became interested in snowboarding, a sport which then made its debut on the slopes. Beyond snowboarding:In the early 2000s, he started a blueberry production operation in Mont-Tremblant, which greatly helped him lead a quiet life. The snowboards that form part of his product line are designed expressly for alpine snowboarding and are named after sites where he has enjoyed some of his greatest successes: Cypress (2010 Olympic gold medalist), Whistler (twice gold medalist at the 2005 World Championships), Molina (two World Cup victories). He enjoys biking, kite flying, paddle boarding and kayaking with his family. Until Vancouver 2010, he wore pairs of stockings drawn from a single batch of 20 pairs purchased two decades earlier. He is nicknamed The Phoenix.