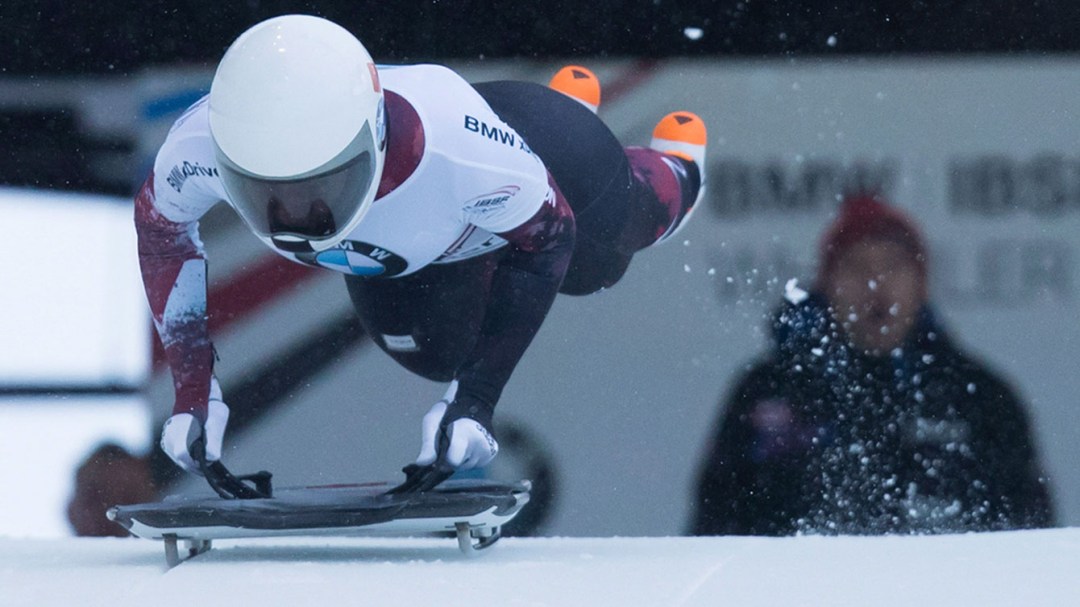 Mirela Rahneva has sport in her genes. In her native Bulgaria, her father competed in acrobatic gymnastics and her mother was an elite junior sprinter. In May 1998, the family immigrated to Canada so that Mirela and her two younger sisters would have a better future. Once he settled in Ottawa, his father would mark a distance of 100m on a bike path and time his sprints. It was the start of his career as a high performance athlete.

She had her first sporting success in rugby where she stood out in the University of Guelph uniform. In 2010, she was named CIS star. That same year, the Gryphons won the Ontario College Athletic Championship and clinched bronze at the CIS Championship. It was during a short stint with the national rugby sevens team that she was inspired by Heather Moyse’s transition from rugby to bobsleigh. Too small for bobsleigh, Mirela was encouraged to turn to skeleton. In March 2013, she participated in her first international competition, the North American Cup. Then she did the 2013-2014 and 2014-2015 seasons on this circuit. She moved on to the European Cup the following season, that of 2015-2016,

In an impressive start to the season, Mirela has climbed to the podium four times starting with the bronze medal from the Lake Placid stoppage in December. In January, at Winterberg, she added another bronze medal to her harvest, and five days later, she claimed her first World Cup victory in St. Moritz. She won a silver medal at Igls in February. In his first World Championships, she finished 8 th  rank. In the 2017-18 season, Mirela finished 4 th  three times and stepped onto a World Cup podium. She finished 3 th in Innsbruck, in December 2017, on the same podium teammate Elisabeth Vathje, a position in front of her.

Getting into the Sport: Tried skeleton for the first time in November 2012 and competed in 2013. She lived in a church basement for the first few months of her skeleton career because she had to move. at Lake Placid, the closest trail to Ottawa. Beyond the skeleton  :She holds a Bachelor of Commerce degree in Tourism Management from the University of Guelph. She has worked in the planning of weddings before. She works in the Winsport food service. She is a mentor with Classroom Champion and an ambassador for Rapides et Radieuses. She enjoys biking, hiking, yoga, cooking and visiting farmer’s markets. She travels with a dream catcher that she hangs in her room at all the World Cups. She adores and collects little pigs. Favorite Quote: Let your faith become greater than your fear. Younger, her Romanian gymnast model Nadia Comaneci due to her first perfect score of 10; more recently, Ronda Rousey and Erica Wiebe are great sources of inspiration.