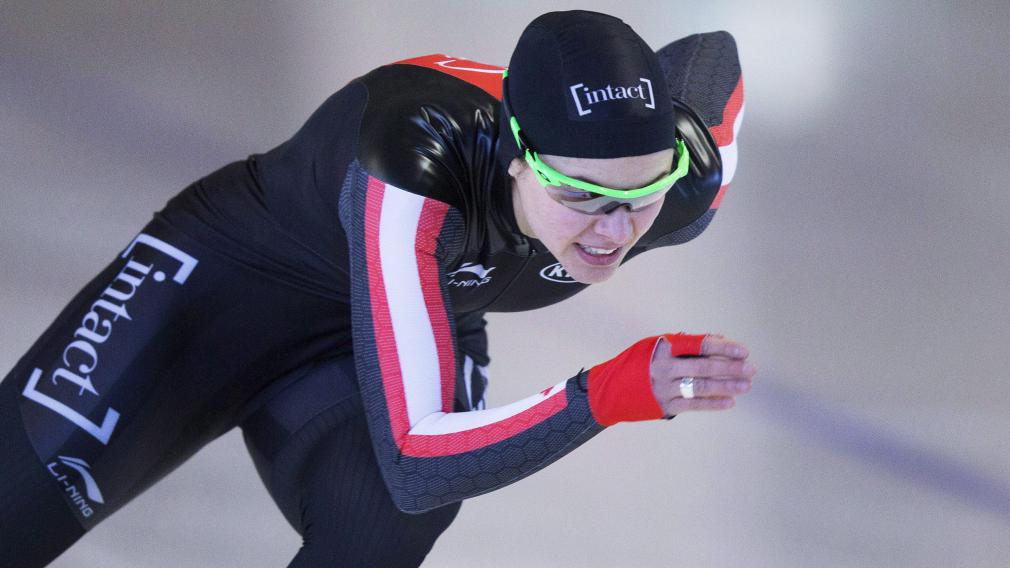 Coming from a family of speed skaters – her father, two brothers and sister all speed skating – Marsha Hudey qualified for the Sochi 2014 Olympic team in her very first competitive season. on the World Cup circuit. At his first Olympics, she placed 31 th row of the test 500 m. The following season, she competed for the first time at the World Single Distance Championships. At the same competition in 2017, she obtained an impressive 6 th place in the 500m. It also concluded the 2016-2017 season in 4 th place overall of 500 m from the test of the World Cup because of its four 4 esplaces as she slowly approached her first World Cup podium. She achieved this feat in November 2017 by winning silver in the 500m in Stavanger, Norway. At PyeongChang 2018, she was the top Canadian in the 500m, placing 10 th . She has been training at the Calgary Olympic Oval since 2008. At the 2007 Canada Winter Games in Whitehorse, she won gold in the 1000m, 500m and team pursuit, along with her teammate in Whitehorse. ‘Team Canada, Kali Christ.

Getting Started: She started speed skating at age 4, and was training at an outdoor ring in Regina. His dad competed in skating when he was a kid and teenager, and he always acted a bit like his coach. Beyond speed skating: She enjoys cooking, gardening, yoga and fishing. She works as an Assistant Physiotherapist in Regina during the off-season. She holds an undergraduate degree in Community Rehabilitation and Disability Studies from the University of Calgary in 2014. She is an athlete-mentor with Classroom Champions. It is nicknamed Cricket.One of the moments that sparked her Olympic dream was meeting curling athlete Maria Gudereit at her training ring where she let him hold her Nagano 1998 Olympic gold medal. Favorite quote: « I don’t. Not say that it will be easy, but that it will be worth it. – Art Williams.