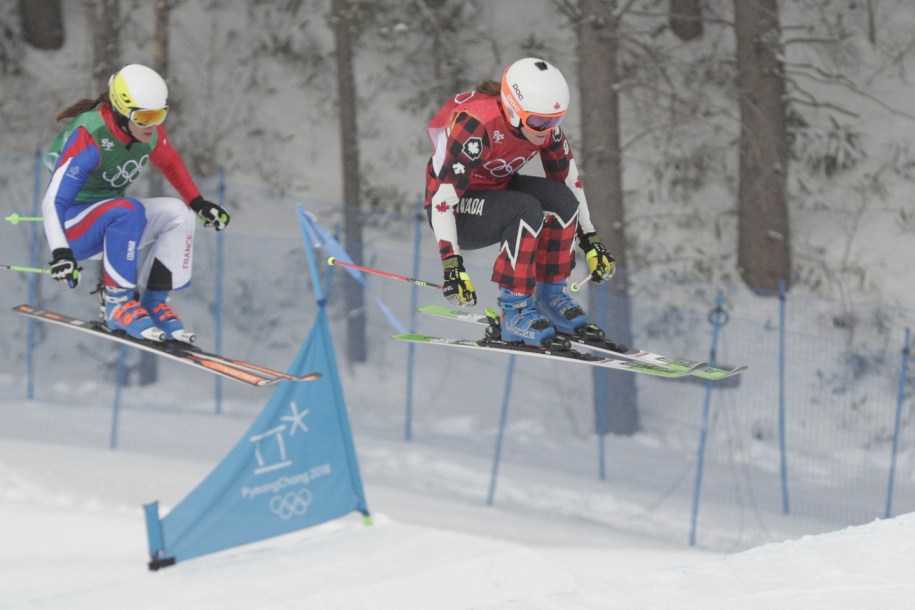 Brittany Phelan won silver in the ski cross event at PyeongChang 2018, sharing the podium with her teammate and Olympic gold medalist Kelsey Serwa .

After her Olympic debut in alpine skiing in Sochi 2014, Brittany decided to give ski cross a try. She participated in her first international competition at the Nor-Am Cup in April 2014. Although encouraged to continue alpine skiing, an injury during the 2014-2015 season confirmed her decision to change disciplines. After tearing her calf, she could not imagine doing the rehabilitation again to continue racing downhill. She therefore rekindled her passion for the sport by devoting herself body and soul to ski cross, even if it meant a return to development and the loss of her athlete’s license, and therefore of her income.

In January 2016, she joined the World Cup circuit, taking part in three stops during the season. During the 2016-17 season, she began competing full time on the Ski Cross World Cup circuit, and finished the season 10 th overall, the second best result at Canadian women. At the last stop of the season in Blue Mountain, Ontario, she managed his career best a 4 th  spot. In December 2017, Brittany reached her first World Cup podium in Arosa, Switzerland. She had reached the third place in qualifying when the bad one forced the cancellation of the elimination rounds, making this result official for the outcome of the event.

In Alpine skiing, Brittany made its debut at the World Cup in November 2009, she showed she had potential by winning the 5 th  place in the slalom at the 2011 World Junior Championships Brittany stood out on international stage by earning his first World Cup points in December 2012. His results have continued to improve during the 2012-2013 season, including the best ranking of his career, a 10 th  place in slalom at the World Cup in Zagreb. She also participated in his second World Championships and was ranked 30 th  in slalom. She got a taste of the Olympic experience as she acted as a trail runner for the slalom and giant slalom events in Vancouver 2010.

Getting into the Sport: She started skiing at the age of 2 and competed in her first race at 6. She knew what she wanted to do for the rest of her life. Her mother often had to send the ski patrollers out to find her in the evenings, as she used to forget about the passing of time as she built jumps with her friends. Beyond Ski Cross: During her childhood and teenage years, she loved adventure, animals and playing in the forest. Besides, his favorite film is called Wild Beauties.(Wild America). She races mountain biking on the World Enduro circuit during the off-season. She enjoys kayaking, skateboarding, as well as playing soccer and squash. She was inspired by Hermann Maier and Bode Miller when she went downhill skiing, but now her teammate Kelsey Serwa is her role model. She admires Michael Jackson who, through his love and his music, wanted to make the world a better place to live. She enjoys collecting old ski posters from the different places she visits.