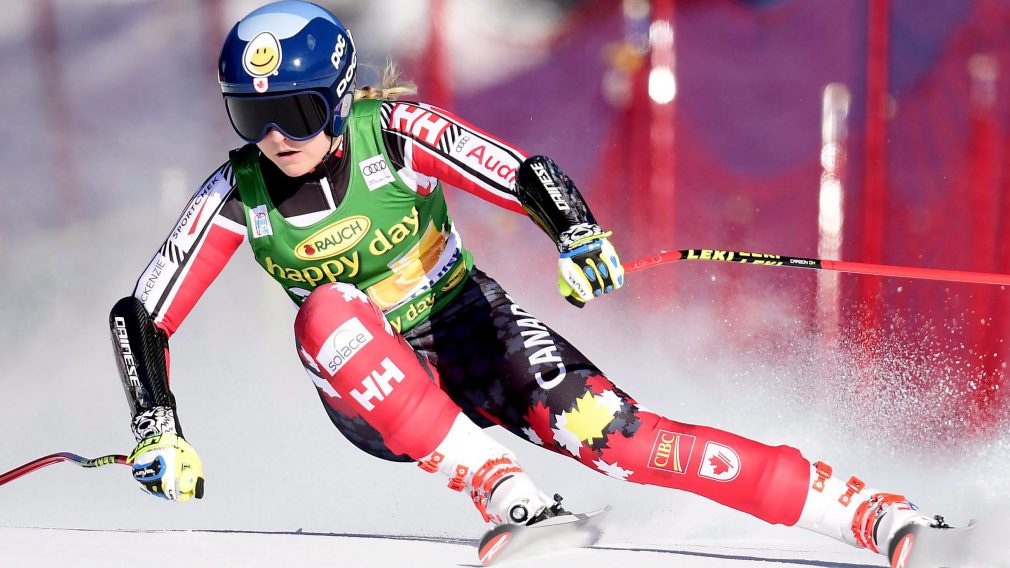 Valerie Grenier has attracted attention on the international stage for the first time in 2015 at the World Junior Championships, where she won the bronze medal in the giant slalom and reached the 5 th  place in the downhill. A year later, she was a double medalist at the World Juniors, winning gold in downhill and silver in super-G at just 19. After her world cup debut at the super-G in Lake Louise in December 2014, Valérie surprised in January 2015 with her 3 rd  place at the super-G in St. Moritz, her third career start on the circuit. .

She began competing on the international elite circuit full time starting in the 2016-2017 season. She spent most of her time on the North American Cup circuit before, where she finished the 2015-2016 season in 2 nd  place overall. She debuted at the World Championships in 2015. His 19 th  place in the super-G was one of the highlights of this season, as he was the top Canadian in the event.

At PyeongChang 2018, Valerie finished in 23 th position to test the super-G, in 21 th position to the test of the descent and achieved the top Canadian in history to the Alpine combined, finishing 6 th .

Getting started : Enjoyed skiing from the first time she tried, with her brother’s ski equipment when she was 2 years old. When her parents tried to take the equipment away from her, she started crying so they enrolled her in lessons. She started competing at age 7 and joined the Quebec provincial team at age 16. Two years later, she was part of the National World Cup team. Beyond alpine skiing:She enjoys water skiing, mountain and road biking, tennis and reading. When she was younger, she had Mélanie Turgeon as her idol and wore a sticker with her effigy on her helmet. In 2016, she underwent surgery for chronic muscle compartment syndrome from the leg to the shins and had to learn how to strengthen other leg muscles in order to use it.