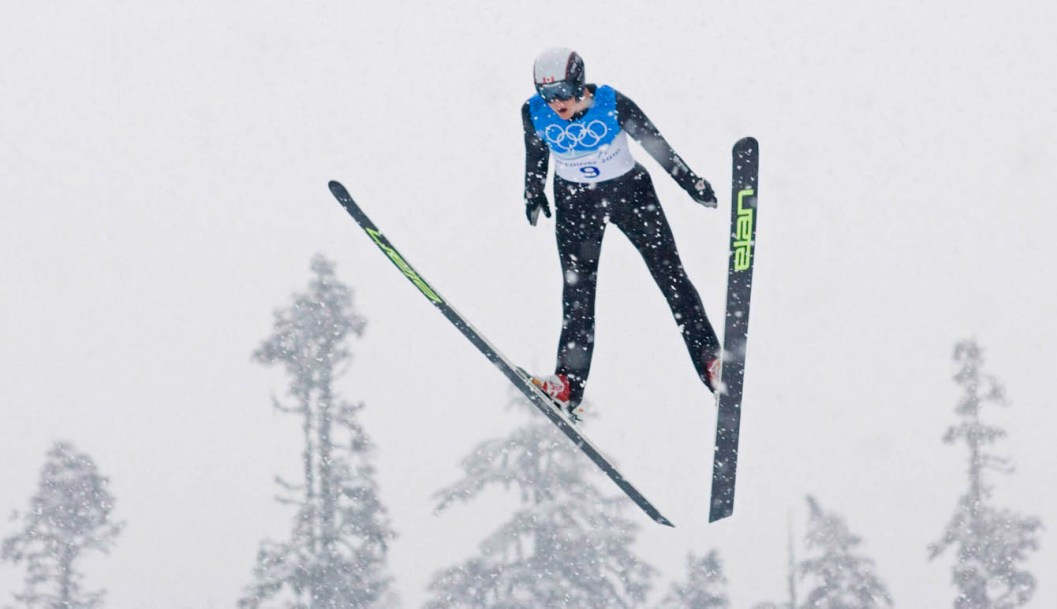 Mackenzie made his Olympic Games debut in Vancouver 2010 as a member of the very young ski jumping team. At Sochi 2014, he was the top Canadian in the two men’s individual events. However, it was in February 2013 that Mackenzie made a page of history when he became the first Canadian ski jumper to exceed the 200m mark. He achieved a 205m jump at a World Cup event in Harrachov, Czech Republic, on a giant hill, which is much higher than the large hill used in Olympic competitions.

However, his euphoria was short-lived. A week later, during a World Cup competition in Willingen, Germany, he broke his collarbone and grazed his face in a failed landing after a jump executed on a small springboard. 30 m. After the competition was canceled due to the strong winds, a few jumpers decided to distract the fans on the small springboard that had been built in the middle of the landing area. His record jump in Harrachov helped him get his career best World Cup, an 19 th  spot. It was one of four top-30 individual results he scored at the 2012-2013 World Cup.

He ranked first among the top 10 in the World Cup in January 2014 when he finished 9 th on a giant springboard to Tauplitz / Bad Mitterndorf. He came close to finish in the top ten again in December 2016 by obtaining the 12 th  place in the large hill in Klingenthal, Germany.

Getting into the Sport  : He started ski jumping at the age of 7, his mother having enrolled him in a summer camp held at the Canada Olympic Park. Having seen an advertisement in a brochure, she thought it would be an activity that she would like. At age 10, he was named to be part of a development team aspiring to make up the 2010 Olympic Team. Their jump suits read: “WOG 2010: The Sweet Destiny”. (2010 Winter Olympics: Our Destiny). He made his first trip to Europe in the summer of 2003 where he got to meet the best ski jumping athletes in the world.

Beyond Ski Jumping: Enjoys movies, music, concerts, humor and reading. During the off-season, he feels the need to take trips that have nothing to do with sport. Polish ski jumper Adam Malyz is his role model, because he has become the best of his sport despite the fact that it is not very popular in his country. He used to watch all the videos of him posted on a Polish fan site even before YouTube was created. Mackenzie graduated from the National Sport School in Calgary. Her favorite Canadian Olympic athlete is triathlete Simon Whitfield.