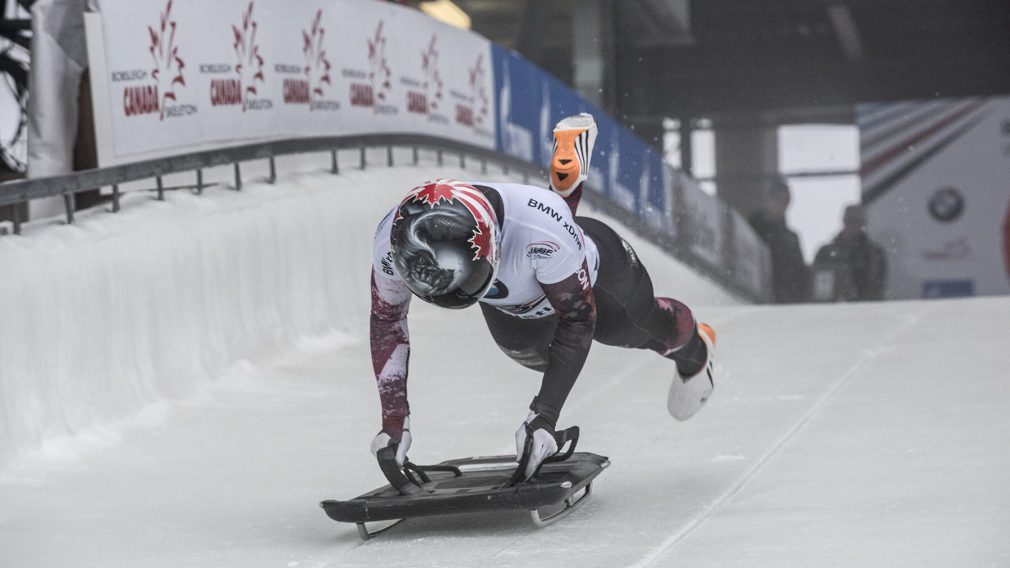 Jane Channell fell in love with skeleton on her first run. She was won over by the thin line between mastery and loss of control. Her taste for speed was already evident when she was on the Simon Fraser University sprint team. It was by running as quickly as possible that she felt free. This feeling also helped her through a difficult period after the sudden death of her boyfriend in November 2009.

In 2009, Jane also took part in two national bobsleigh team camps, but was more drawn to skeleton. After graduation in 2011, she moved to Whistler for total immersion in the sport. She worked there and trained there full time for two winters. The second year she joined the National Development Team and the following year she moved to Calgary. After a 2012-2013 season competing on the North American Cup circuit, she entered the Intercontinental Cup circuit the following season. Jane joined the World Cup circuit in the second half of the 2014-2015 season, and she stood out at the 2015 World Championships placing 4 th rank. The podium escaped him by six hundredths (0.06) of a second.

During the 2015-2016 season, she continued to grow and in December 2015, it is mounted for the first time on the podium of the World Cup when she finished 3 th  rank of the judgment of Winterberg. In January 2016, she climbed a step up to 2 nd  place in Park City. These two results allowed him to classify the 3 th  place overall in the World Cup despite a recurring problem with the hamstring tear caused by an occurrence at the end of the summer. It is raised on a podium World Cup in November 2017 by finishing 2 th place in Whistler.

Getting into the Sport: She was watching the Salt Lake City 2002 skeleton competition on television with her grandfather when he turned to her and said « they’re crazy ». She immediately knew she had to try. Jon Montgomery’s gold medal at Vancouver 2010 inspired her a lot. Beyond the skeleton  :She received her BSc in Physical Geography from Simon Fraser University in 2011. She is a volunteer coach for the Special Olympics Calgary softball program. She is an athlete ambassador for Rapides et Radieuses. She enjoys reading, movies and puzzles. His motto: “I live in the present moment. I finish everything. I have no regrets. I live at the top of my lungs. She always puts on her left sock first, followed by her left shoe and glove. When she starts on the right side, she starts over.