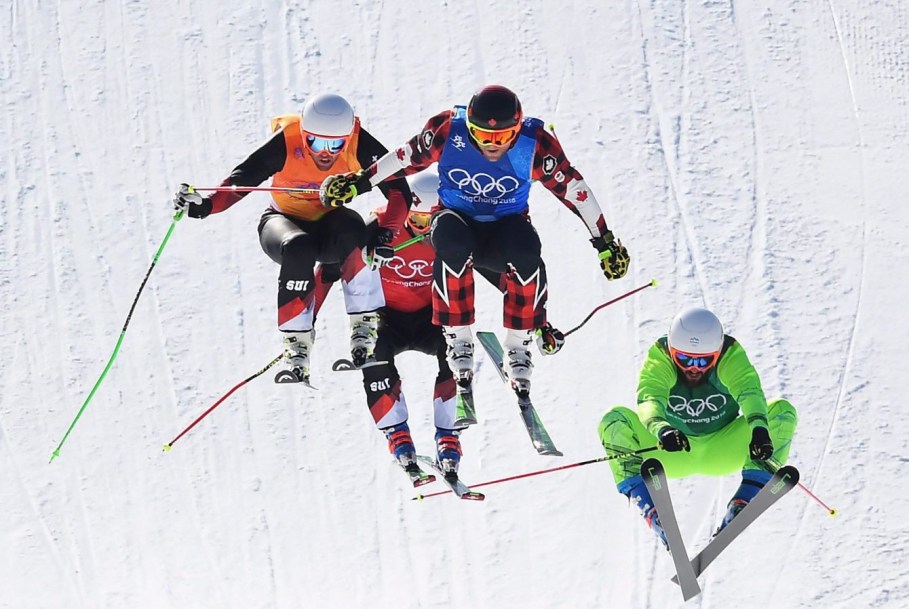 Brady Leman won gold in the ski cross event at PyeongChang 2018, despite the pitfalls and disappointments he experienced throughout his Olympic journey. Brady has just missed the podium in Sochi in 2014 by finishing 4 th overall in the finals of ski cross male.

Four years earlier, his first Olympic appearance was one of the shortest in Vancouver 2010. He had been selected as the first substitute for the men’s ski cross team and called in as backup when Dave Duncan broke his collarbone during. a training run, two days before the competition is held. The very next day, however, Brady fell during his training run, exacerbating a tibial fracture suffered in March 2009 from which he had spent the previous summer in rehabilitation. The tiny fracture bent the rod that had been surgically implanted in his right leg.

In December 2010, he broke his leg for the third time and had two rods implanted. It is for this reason that he missed the X Games Winter 2011 in Aspen where he would have defended his 3 rd  position won in a Canadian hat-trick the previous year. He also missed the 2011 World Championships. When he returned to competition he had forgotten what it was like to ski painlessly. In the year leading up to Vancouver 2010, he was in pain even putting on his boots. After his third injury he considered at length whether he should return to competition, but he was confident in his potential.

In the 2011-2012 season, Brady made a full recovery for the first time in two years. He got on his first podium in the World Cup, including two wins, for it to finish at 2 th  place overall in the World Cup ski cross. His 2012-2013 season was also strong, not least because he placed four times in the top five and reached the podium twice.

After Sochi 2014, Brady enjoyed some of his greatest successes. He won the gold medal at the X Games in 2016 and finished in 2 e  in the overall standings of the World Cups of the 2016-2017 season. He reached the podium there seven times during the season, including two wins.

Beginnings: He learned to ski at 18 months. He became a competitive alpine skier, but after a difficult year he decided to try ski cross in 2008 and immediately loved it. He refused the funding and accreditation offered by Alpine Canada Alpin in order to pursue ski cross at his own expense. His first season cost him around $ 20,000. He also refused scholarships that American universities wanted to offer him. Beyond ski cross:Golf, mountain biking, hiking and motocross are his favorite pastimes. He will graduate in Financial Services, an online program from SAIT. During his travels, for every TV show he watches, he tries to read a book. He is nicknamed Wombat, because his teammates thought he looked like a dead wombat they saw on the road during the ski cross team’s first training camp in Australia. He admired alpine skier Thomas Grandi. If he has a good race, he will wear the same long underwear on his next race. It is part of the RBC Olympic Athletes program. As a child, he spent a lot of time at the Canada Olympic Park because his mother worked there. He got goosebumps watching Calgary’s 1988 Best Moments video over and over.