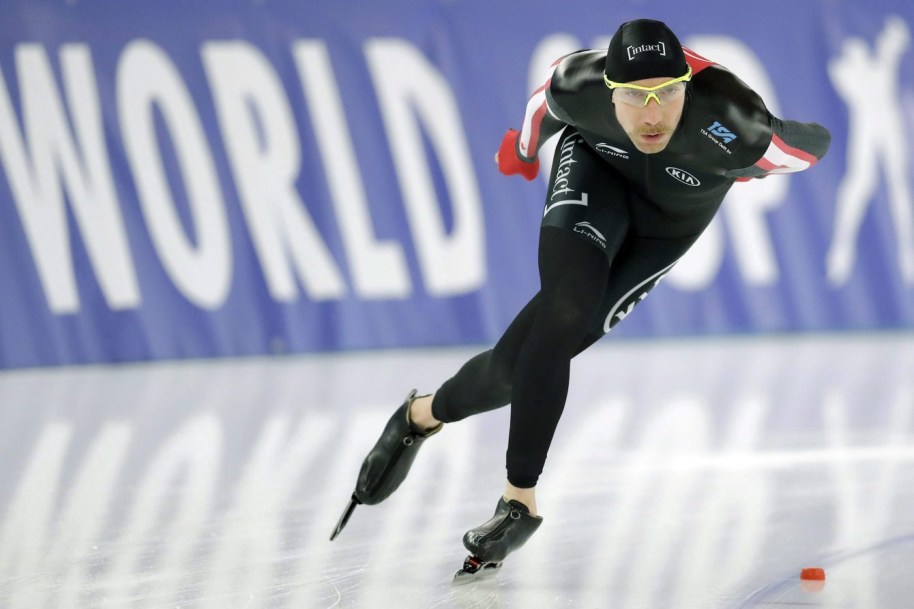 At PyeongChang 2018, Ted-Jan Bloemen ended an 86-year Olympic medal shortage for Canada in the men’s 5,000m and 10,000m long track speed skating events. After barely clinching silver in the 5,000m, he broke the Olympic record to win gold in the 10,000m. Originally from the Netherlands, Bloemen moved to his father’s homeland in June 2014. Upon receipt of his new passport, he joined the Canadian national team for the 2014-2015 season. Success was quick to come, and at the 2015 World Single Distance Championships he helped Canada win the silver medal in the team pursuit. The 2015-2016 season was the best of his career. During the second World Cup of the season, in Salt Lake City, in November, he broke the 10,000m world record that had stood since March 2007, with a time of 12: 36.30. Ted-Jan went on to take silver in the 10,000m at the World Single Distance Championships. It was Canada’s first major international medal over the longest distance since the 1932 Winter Olympics.

At the World Championships, he also won the bronze medal in the team pursuit and the Oscar Mathisen award given to the most outstanding performance in the competition. He was also named Long Track Speed ​​Skater of the Year by Speed ​​Skating Canada. Although he finished on the podium at the 2016-2017 World Championships, his consistency allowed him to take 2nd place in the overall World Cup standings in the 5,000m and 10,000m. His first victory in the 5000m at the World Cup is one of the great moments of his career. In December 2017, Ted-Jan broke the 5,000m world record at the World Cup in Salt Lake City. His stopwatch of 6: 01.86 erased a ten-year-old record.

In the fall of 2017, he stood on all three podiums in the 5,000m in addition to collecting a silver medal in the only 10,000m of the World Cup season. Ted-Jan first represented the Netherlands on the World Cup circuit in the 2007-2008 season, then in 2010 and 2012, at the World All-Round Championships, where he finished in 4 thrank of the general classification of the first edition. He spent eight years in the ultra-competitive Dutch system. After missing his qualification for Sochi 2014, he felt inside himself that his best years of skating were still ahead of him, provided he found the ideal training environment. This is what Canada had to offer him. No wonder he considers coming to Calgary the best decision of his life.

Getting started : He learned to skate before he could walk. As a child he loved to skate on frozen rivers and lakes, and his parents enrolled him in a speed skating club in Gouda, the Netherlands. Beyond Speed ​​Skating: Enjoys motorsports, bicycles and good meals. His philosophy: “Canada made me better by welcoming me with open arms. «