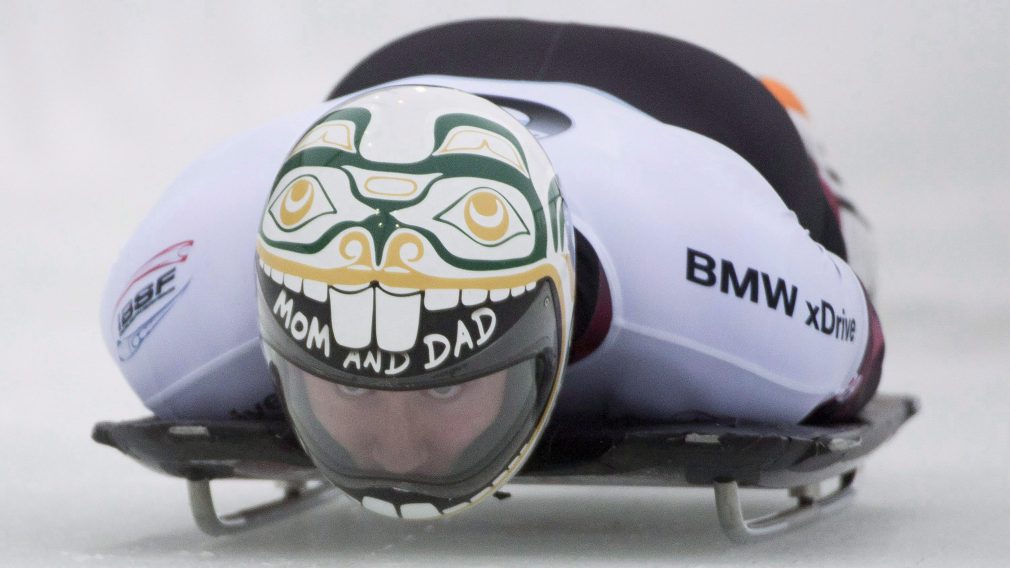 In November 2012, just two years after starting sliding at Alberta Skeleton School, Kevin Boyer competed in his first North American Cup races. He has placed two in a row in the top 10 on the Calgary track. In 2013-14, he competed full time on the North American Cup circuit and was on the podium three times. He also competed in his first World Junior Championships where he finished in the top 10.

Kevin started the 2014-2015 season on the North American Cup circuit before continuing with European Cup events. He won a silver medal in his first European Cup race in St. Moritz. After two more seasons on this circuit, in which he won the bronze medal in January 2016 in St. Moritz, he made his debut on the World Cup circuit in January 2017 and his debut at the World Championships a months later. In November and December 2017, he had his best career results when he finished 12 th at Whistler and Winterberg.

At PyeongChang 2018, Kevin Boyer finished in 17 th place in the test of skeleton.

Beginnings: He started to do board sports in October 2010, when he was 17 years old. Beyond Skeleton: Enjoys playing softball and other outdoor activities. On his helmet, you can see the painting of a Haida beaver. He is inspired by Martins Dukurs, two-time Olympic silver medalist, with whom he was able to train and which he observed during his season as a World Cup rookie, thanks to a partnership with the Latvian team. Favorite Quote: « You can have it all, but how bad do you want it? » « – Oasis Supersonic