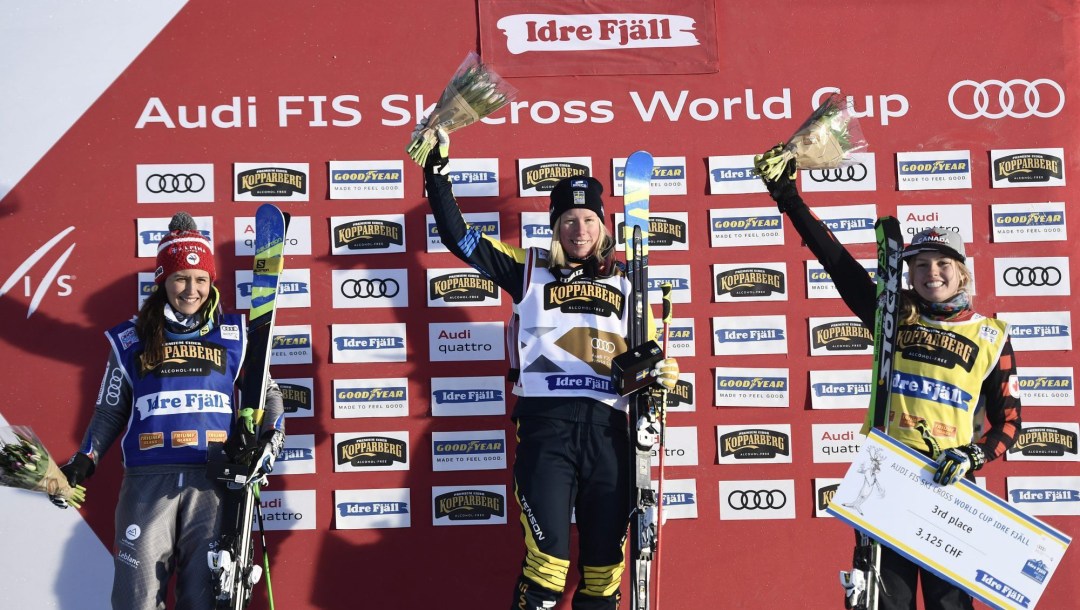 In her first year of ski cross competition, India Sherret represented Canada at the 2012 Innsbruck Winter Youth Olympic Games, where she finished fourth. In the 2012-2013 season, she finished atop the overall Nor-Am Cup standings. In 2015, she was crowned junior world champion. But throughout this successful journey, India suffered from bulimia nervosa, the first signs appearing when she was 15. After hiding her illness for four years, she decided to take a break from the 2015-2016 season and treat her eating disorder. She regained her joie de vivre and health, then relaunched her athletic career with a victory in her first Nor-Am Cup competition and another overall title.

She first competed at the World Championships in 2017, reaching the quarter-finals there despite sprains and bruises from a fall. Despite making three World Cup stops in February 2017, India competed full time on the circuit only in the 2017-18 season. In January 2018, in Idre Fjall, Sweden, she broke the ice and won her first World Cup medal, in this case bronze. At PyeongChang 2018, India was seriously injured in the round of 16. She could not complete the test.

Getting into the Sport: She went cross-country skiing long before she discovered alpine skiing. In fact, in cross-country skiing, she always built jumps. She started alpine skiing competitions at 10 and ski cross competitions at 13. It was at the age of 15 that she decided to devote herself to ski cross. Beyond freestyle skiing:She enjoys sketching the places she visits. She also expresses her creativity through the restoration of furniture and pottery. When at home, she tries to cross-country ski as often as possible and says that she is happy in the mountains, climbing, hiking, short or long, or mountain biking. In the summer, she works full time for a local painter. She is considering training as an apprentice as a painter and decorator, pursuing studies in interior design or university studies in wildlife biology. Clara Hughes is one of his greatest sources of inspiration. After reading Clara’s biography, she decided to take better care of herself and take a break from competition. She volunteers at local schools to educate young people about eating disorders and mental illnesses. She collects postcards and would one day like to make a mural of them.