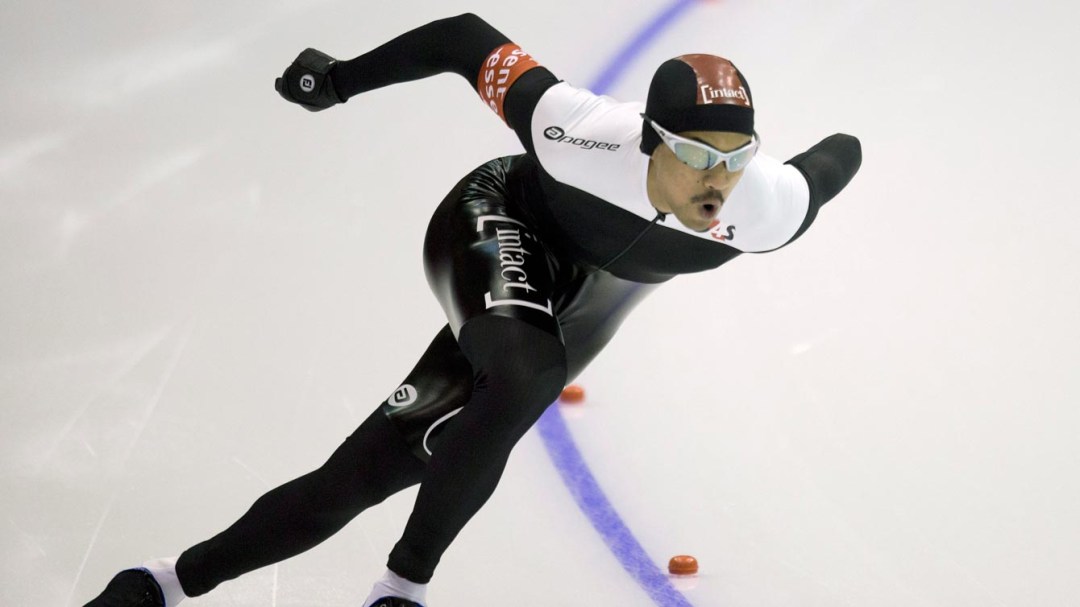 Gilmore Junio ​​rose to international recognition for his remarkable show of sportsmanship at Sochi 2014, when he gave up his spot in the 1000m to his teammate Denny Morrison, who had failed to qualify for this event because of the fall he suffered in the Canadian team’s Olympic selection trials. Morrison ended up winning silver in the 1,000m, a medal the two friends celebrated together. A few months later, Gilmore was recognized for his selfless act by receiving a special commemorative medal following a fundraising campaign. Earlier, at the same Games, Gilmore took the 10 th place in his specialty, the 500, the top Canadian in the event.

Gilmore was a promising short track speed skater, but in his final year as a junior, bad luck befell him. Two weeks before the Canadian Junior Championships, he was pulled off the track and in his fall, his head hit the sides of the ice. As a result, he suffered compression fractures to the T5 and T8 vertebrae. Two days after returning home, he decided to switch to the long track, as the risk of falling and getting injured again on the long track was lower. Two months later, he took part in his first international competition. He then competed at the World Junior Championships in 2010 where he finished 4 th in the 500.

In the summer of 2010, he was named to the National Long Track Speed ​​Skating Development Team and competed in four World Cup stages. During the 2011-2012 season, he continued his progression, competing regularly in Group A of the World Cup against the best international skaters. He really stood out in the 2012-2013 season when he won his first World Cup medal, a silver in the 500m, in Nagano in December. He concluded the season in the top 10 in the 500m World Cup standings, and he competed in his first World Single Distance Championships. He won his first World Cup victory on November 15, 2013 when he tied for 1 st up to the 500m event in Salt Lake City.

During the 2016-17 season, Gilmore accumulated seven World Cup medals in the 500m, including two gold medals. Last season he finished 3 th  place overall in the World Cup in the same event. He spent the summer of 2017 in Norway training under the direction of Canadian sprint legend Jeremy Wotherspoon.

Getting into the Sport  : He started playing hockey at the age of 7. Growing up, he realized he was too small for a hockey career, but that he was a solid skater. In the summer of 2003, her father suggested she try speed skating, as a talent scout camp was being held at the Calgary Olympic Oval. Shortly after the camp, he received a letter telling him that he had potential and should consider continuing in the sport. Beyond speed skating : Gilmore is studying kinesiology at the University of Calgary. He would like to become a physiotherapist. He keeps himself busy in competition by learning guitar and magic tricks. He is interested in photographic and videographic production and editing. He remains active during the off-season by biking, skiing and playing hockey. He is Ambassador for United Way / Centraide Calgary. His idol is former Calgary Flames captain Jarome Iginla. We nickname him Gil, Chipotle. He has never been more proud to be a Canadian than during the 24 hour period that witnessed Canada’s victory in the team pursuit event and the men’s ice hockey team at Vancouver 2010. He likes to eat steak the night before a competition. Favorite quote : “Pure motivation is the feeling of being of service to others. – Adam Grant.