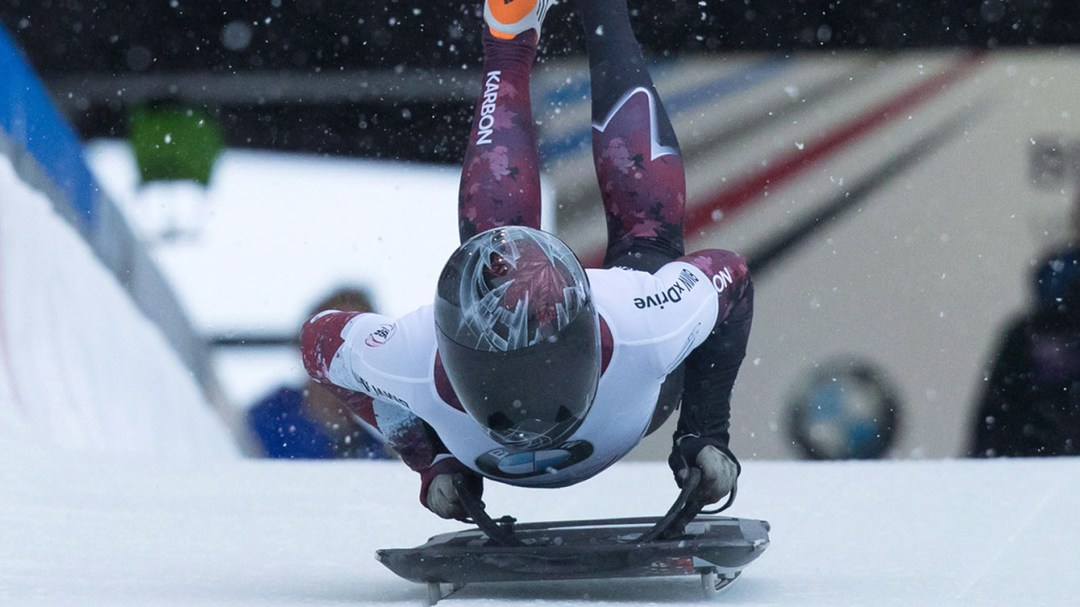 Elisabeth Vathje’s performances caused a stir during the 2014-2015 season. A newcomer to the World Cup skeleton circuit, she took second step of the podium in her very first race, in Lake Placid. The following week, she climbed to the top of the podium for the first time after winning a home race in Calgary. Later in the season, she collected two more silver medals in St. Moritz and Igls. She finished the year with the bronze medal of her first World Championships which took place on one of her favorite tracks, that of Winterberg. In her second season on the tour, Elisabeth did not achieve the same success, but she still won her first Canadian title.

In the 2016-17 season, she was back on the World Cup podium thanks to her victories in the Whistler and Winterberg races. However, towards the end of the season, she had to contend with mononucleosis and a liver infection during the PyeongChang 2018 test event. She came back strong, finishing on four World Cup podiums during the 2017- season. 2018. Among these achievements, there are about 2 th  spot in Innsbruck where she has shared the podium with teammate Mirela Rahneva. Elisabeth has ended its season at 3 th  place overall in the World Cup. At PyeongChang 2018, Elisabeth finished ninth.

It also competed in its first international race in April 2010 on the North American Cup circuit. She has also participated in the World Junior Championships three times, in 2011, 2012 and 2014, when she won the silver medal.

Getting into the Sport: Loves the Olympics since the Salt Lake City 2002 Games she watched when she was 8 years old. After a flight with the Canadian Luge Team, her father thought it would be a good sport for her, but at 14 she was too old for luge and too young for bobsleigh. So she took a course from the Alberta Skeleton Association and fell in love with the sport. Beyond the skeleton:She mentors young teenage girls. She travels carrying puzzles and watches Netflix a lot. She enjoys building items in Legos and playing the ukulele. She had to travel with her mother to participate in her first international competitions due to her young age. She is now no longer giving her place on the World Cup circuit, offering her mum-worthy hugs to athletes who need them. Favorite Quote: “Many people have accomplished what they thought was impossible because someone believed them to be able to. – Zig Ziglar. Chandra Crawford is one of her sources of inspiration because of her O Canada sung loudly in Turin 2006. Kallie Humphries is also a model for the seriousness and passion she devotes to her sport.