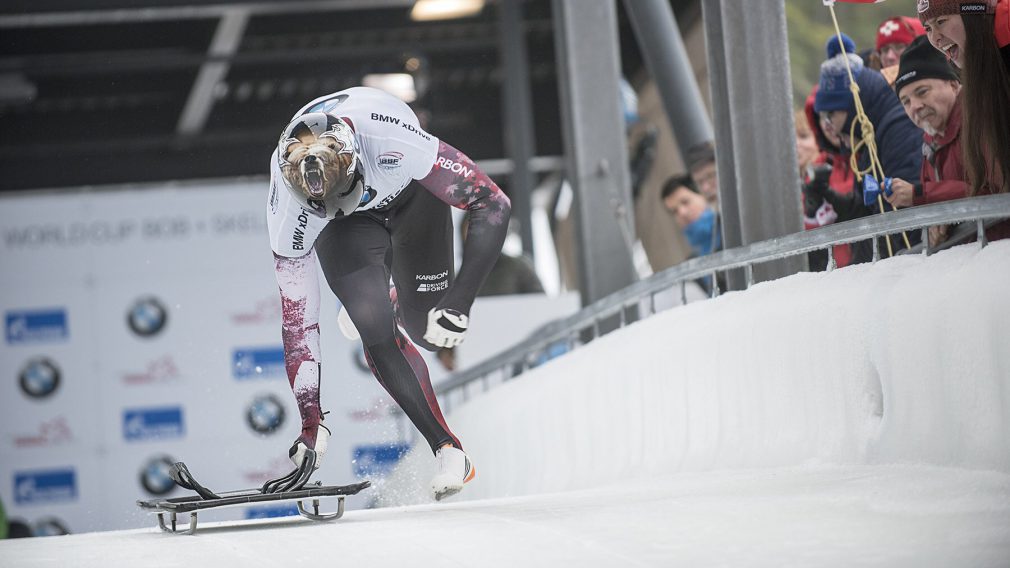 Dave Greszczyszyn was 27 when he learned to skeleton in the fall of 2007. A year later, he was competing in his first North American Cup races, leaving behind a full-time job as a science teacher. and physical education in Ontario to move to Calgary to train full time.

After three seasons on the North American Cup circuit, he moved on to the European Cup for the 2011-2012 season and placed 2 nd overall. In 2012-2013, he was admitted to the national team and started competing on the Intercontinental Cup circuit. He finished 3 th overall in the season, although he competed with a torn hamstring muscle. The off-season rehabilitation delayed his preparations for the 2013-14 season, but he still won his first Canadian title in addition to earning a spot on the World Cup squad. He finished 6 th in his first race in the World Cup.

In January 2016, he scored a career record with his 5 th place at Whistler. In December 2017, he rode for the first time on the podium of the World Cup when he finished 3 e in Winterberg, test that had to be shortened to a descent due to the temperature. At the World Championships in 2015, 2016 and 2017, Dave was the top Canadian, feat underlined by its 10 th  spot in 2017.

Getting into the Sport: He saw his very first skeleton events on television when he was in high school. After telling his family and friends that he wanted to try the sport, he finally did so 10 years later and immediately fell in love with speed and G-forces. In the fall of 2007 while he was teaching, he borrowed a student’s ski suit for a weekend in Calgary. On his first descent from the top of the trail, the legs and elbows of the suit got holes in it, so he bought a new one for his student. Beyond the skeleton:He grew up actively playing hockey, lacrosse, rugby and football. He graduated in Kinesiology from Brock University in 2002. He holds an MA in Teaching from Griffith University, Australia, which he obtained in 2004. He taught in Korea for one year in 2005. He is a teacher alternate when the schedule of skeleton races allows it. Favorite Quote: “Live as if you were to die tomorrow. Learn as if you were to live forever. – Mahatma Gandhi. His grandfather, who lived to be 101, is his idol because he had a healthy and active lifestyle.